The Land Rover Defender 90 which is a 2 door variant

The Land Rover Defender 110 which is a 4 door variant

Land Rover claims that the new Defender is 3 times stiffer than any other body structure that they have made before this. The all new Defender is respectful of its past but not necessarily harnessed by it, in the sense that it still retains it’s old design cues from the previous versions of the Defender which are a flat front and rear body style, alpine light windows on the roof, the spare wheel mounted externally on the tailgatewhich is side-hinged, all traits of the old Land Rover Defender. Offroad the new Defender can raise its height by as much as 145mm and can lower itself by as low as 50mm to give it great On road manners.

It’s being said that the Apollo 11 mission put men on the moon with 100,000 times less computing power than what we have in our smart phones these days. Well Land Rover is launching their all new Defender with an infotainment system called PV Pro, which is definitely faster and more intuitive than any other infotainment system in its line-up range. The new infotainment can connect 2 smart phones at the same time. The heads-up display camera in the infotainment sysystem can give a 360 degree view of the terrain around you. It’s also got 85 ECU’s that can process 21,000 messages at once. Landrover have dubbed it the ” All Terrain Super Computer”. 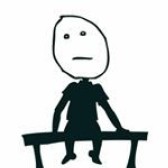